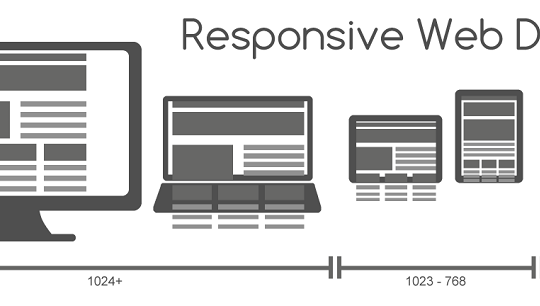 Not yet with a responsive theme? One picture to convince you to switch

Very few of you would nowadays choose a non-responsive / non-adaptative WordPress theme for your new website but this was not the case as recent as a couple of years ago when quite some people were still against responsive web design being kind of a default option (not sure they would say the same if we ask them now, most of the issues they mention were more due to poor technology/design than because of the concept itself) which means that it’s likely that some of your older sites are still non-responsive.

Myself, I write in a few other blogs (even a blogspot one, yes, shame on me!) including this one that only last week I switched to a responsive theme. Why did it took me so long? Pure lazyness. I liked the old theme and the site is a pure blogging site meaning that I didn’t have any fancy stuff around (e.g. sliders) that required a frequent update to avoid looking old-fashioned.

So, why did I finally make the switch? The main push came when I saw that Google was clearly flagging my website as not mobile friendly at all.

We could discuss at length the importance of this Google rating for SEO purposes and the like but I look at it more as a warning (which I then verified myself since I had not tried to access the site with my mobile in a long long time) that some of my readers (a 15% of them, according to Google Analytics) were having a terrible user experience when trying to follow my posts there and maybe I was losing some of them.

Since both the old and the new themes are pretty standard and, again, no fancy stuff I just needed a simple design, I was able to quickly complete the switch and just like that Google rewarded my efforts:

Will my site go up in the search rankings after this? Will I get more visitors? Not sure, maybe not, but at least I made some of my existing readers happy and that’s more than enough to justify the change. I hope you agree and consider following suit!