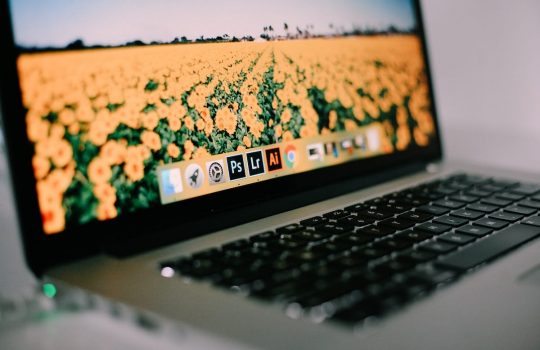 WordPress Development On Your Mac

I admit it; I have a Mac. It’s a MacBook Air of 2013, with plenty of battles behind, including processing quite a few web migrations to WordPress (I lost track of how many) and the development of our plug-ins, Nelio A/B Testing and Nelio Content. The poor thing continues fighting four years later, although it begins to feel a little bit tired.

My first Mac was a black MacBook, back in 2007, before the Apple Stores arrived in Spain. After a few years as a developer on Mac (the last ones working for the web and WordPress), I have some experience with the platform and feel comfortable with it.

Nowadays it is widespread to see developers with Macs everywhere. Still, I think it might be helpful to explain what tools I use in my day-to-day life and what utilities you can find to improve your WordPress developer skills on Mac.

The code editor is the holy grail of the utilities needed to develop WordPress. There are many and very good ones, and surely choosing one or the other depends on the developer’s tastes. So I leave you the list here, and you’re the one who decides:

VIM, SublimeText, PHPStorm, Atom,… choose the one you like best and that’s it. As I’ve pointed out, I use Atom right now. I am reasonably happy with this editor and its plugins, which simplify my work as a WordPress developer. Still, I’m looking forward to trying Visual Studio Code, which even if it’s Microsoft’s, looks great.

Once you’ve developed code, what you need is not to lose it. For this, you have version control tools like Git and Subversion. And if you also work as a team, it will be even more necessary for you to coordinate everyone’s work, merge code, and prevent some of them from crushing each other’s changes. Both tools are used from the command line, but if you’re allergic to the terminal, here are some graphical interface alternatives for your Mac. We directly use the terminal, but I’m sure you’ll find one of these useful:

Today Git is much more widespread than Subversion, although in WordPress it’s not quite like that. To upload your plugin code to WordPress you’ll still have to use Subversion. We use private Git repositories hosted remotely and free of charge in Bitbucket for everything else. Remember that you also have GitHub as an alternative.

WordPress Servers to Work on Your Localhost

In order to develop for WordPress, you will need a local WordPress server. Without this, you won’t be able to test the code of your themes, plugins or whatever you develop, which I don’t recommend under any circumstances. Today, it is much easier to set up a development environment with test WordPress installations. There are several alternatives that I’ll detail here:

I currently combine VVV with Local for my local WordPress installations. To be honest with you, Local is the one that I use the most given its ease and speed.

At Nelio we are not specialists in design, but it is clear that we believe it is a very important aspect and that’s why we do our best every now and then to cover our needs. Here’s the list of tools we know:

I know, I haven’t added any Adobe tools (see Photoshop, Lightroom, Premiere…), but the truth is that we don’t use any of them, nor have we had any need to use them with the alternatives I’ve explained before. If at some point we specialize more in design, the list will probably grow.

Other utilities for web developers

In addition to all of the above, I don’t want to finish the article without forgetting to list a series of tools that we find very useful when you are a WordPress web developer. Here they are:

If we come up with more utilities, we’ll add them here.

Today you can have a perfect development environment for WordPress (or the web, in general) on any platform, whether Mac, Linux or Windows. Many programs are available for more than one platform, so the most important thing here is that you choose those you feel most comfortable with.

With minimal tools, i.e. a local WordPress editor and server, you have more than enough to get started. However, as you become more professional, you will expand your toolkit with more options. Our arsenal has been growing as we developed first Nelio A/B Testing and then Nelio Content.

If you use tools that do not appear in this list, please leave us a comment and we will update the article. I’m sure there are many more utilities out there to help you with WordPress development that’s worth knowing. That’s how we all learn.

2 responses to “WordPress Development On Your Mac”