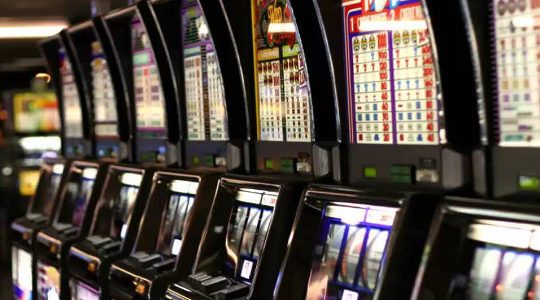 Nelio is now offering two different algorithms for optimizing the conversion in your WordPress site: the traditional A/B testing one plus the new multi-armed bandit algorithm. In this post, we review why this choice and the trade-offs of each algorithm.

A couple of years ago, this post “20 lines of code that will beat A/B Testing every time” shocked the world of A/B testing and conversion optimization.

The post claimed that using multi-armed bandit algorithms where a better option to improve the conversion rate of websites than “classic” A/B testing algorithms in use in all major A/B Testing tools (still today). Multi-armed algorithms, also known as greedy or epsilon-greedy (though sometimes with a slightly different semantics) are hardly a new development. In fact they have been object of study for more than 50 years but their “rediscovery” with such a provocative title started a heated discussion (e.g. the one in Hacker News).

IMHO, such discussions were quite useless, A/B testing and multi-armed bandit algorithms are just two different ways to reach the same goal: improve the conversions in your site. They cannot really be compared, there is no a better way to do conversion optimization, it’s up to the user (you!) which of the two philosophies is better aligned with the way you like to act.

The key difference between the two methods is the following:

The most relevant word in the above definitions is the word “seems”. We could say that A/B testing is more conservative, the fact that one alternative seems to convert better does not change the way the algorithm works. Until a solution is not significantly better (in the statistical sense of the word), both alternatives are shown with equal probability. Instead, the multi-armed one takes the risk of assuming that the one that seems to work better will actually be proven significantly better in the future so it decides to show it more in order to maximize the number of conversions (known as exploitation phase) while still showing from time to time the others (exploration phase) just in case the assumption was wrong.

With A/B testing you may lose conversions by showing a worse alternative to 50% of your customers. With the multi-armed bandit, you try to minimize the number of people that will see the worse alternative by betting early on a winner.

So, what kind of person are you? Are more of a traditional guy or a risk-loving one? If the former, there’s no need to change anything, this is the default setting. If the latter, go to our settings tab and choose the Greedy option as conversion algorithm and move the slider to decide the level of probability to assign to the “so-far-winning” option. This is a global parameter so it will affect all your testing experiments. 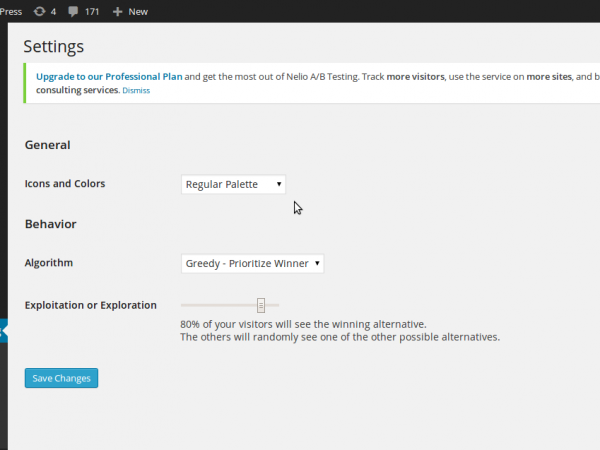 Multi-armed bandit conversion algorithm for WordPress. Hope you enjoy this new Nelio A/B Testing feature! And as always, we’ll be interested in getting your feedback on this feature and any other aspect of our service. If we don’t know what you’d like we can’t work to make it happen!