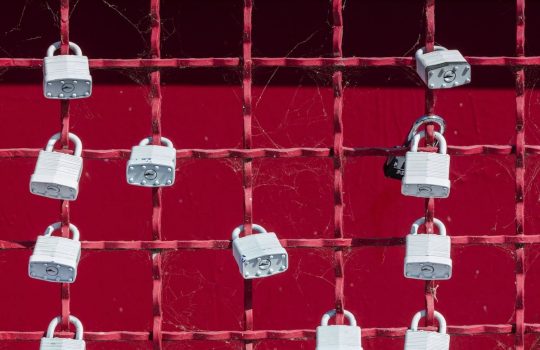 Avoiding The Lock-in Effect in WordPress

Have you ever tried to unsubscribe from a telephone or insurance company? I’m sure you have. And I’m sure you’ve also had a great time talking to robots, pressing numeric keys on the phone, explaining your case dozens of times until you’re finally put through to an operator who, oh, surprise!, is more than 10,000 miles away in some exotic country and whose help is of little or no use ?.

When you hire the services of these companies everything is wonderful and bright. There are unicorns and rainbows everywhere and they tell you that you’ll enjoy your new fee or service plan. But when you want to leave, it costs you blood, sweat, and sometimes a tear or two.

In WordPress, something similar can happen to you when you consider changing your theme or a plugin. This is what is known as the much-dreaded lock-in effect that everyone is talking about lately (especially due to page builders, which have become so popular nowadays). Today we’re going to see what it is and how we can deal with it.

What is The Lock-in Effect in WordPress

The lock-in effect in WordPress is the dependency that certain themes and plugins add when using them. If you decide to change to a new one, your contents or parts of your design will disappear or break in an unrecoverable way. As with telephone services and the other examples I’ve given you before, some WordPress themes or plugins “sell” their usefulness in a very practical and beautiful way, but what they don’t tell you is that you are mortgaging yourself when using them, because if you replace them, you will have to re-create all your content from scratch.

As our friend Antonio Postigo says in the Hoy Streaming blog, when we talk about the lock-in effect in WordPress we have to distinguish between two types of users: those who already suffer from it and those who have not yet discovered that they are suffering from it. And there are very few exceptions to that claim.

You should ask yourself if your WordPress installation suffers from the lock-in effect. Or even better would be to know the extent to which you are suffering from this effect, because I am almost 100% sure that you suffer from it on your website.

When you are using a theme or plugin with lock-in effect you are obliged to continue using it ad eternum. Because, as we have already said, changing the theme or plugin means that your website will break somewhere. And since you don’t want it to break, you don’t change the theme or the plugin, so their business is assured. Once you’re hooked, it’s very hard to get out of their cage.

Let me give you a particular example that happened to us. Did you think we were immune? This affects everyone, my dear reader! Look at the next pic, which is one of the pages we had created in nelioabtesting.com:

How easy it is to build your page with blocks thanks to the Visual Composer plugin! Drag, drop, assemble, and you’re done. You have a very cool website with no design or programming knowledge required. Democratizing design, some will say. Yeah, sure, whatever. If you disable Visual Composer from your website, what appears in the page editor (and what your visitors will see) will make you cry like a baby:

But it could have been even worse. Visual Composer puts a lot of shortcodes in the content of your pages. But there are other plugins that save the content directly to a database table other than the standard WordPress wp_posts. So when you go to visit the site, the content is empty. And the content isn’t where it’s supposed to be. And your database is full of additional, non-standard tables. All very clever, isn’t it? ??

Now you understand that because of the lock-in effect you are bound for life to Visual Composer unless you decide to throw all your content away and re-create it from scratch with another system. And yes, that’s exactly what we did. Luckily, it was only one week’s work to move the pages we had on nelioabtesting.com and integrate their content within neliosoftware.com/testing.

Also, if you don’t renew the license of your theme or plugin with lock-in effect, you’ll be left behind in terms of updates and it’s very possible that your website, in addition to suffering from lock-in effect, ends up being a candy to attackers. ?

To find out if your theme or plugin has a lock-in effect, simply disable it for a moment and visit your site. If everything’s all right, you’re probably fine. If something’s broken, there you go. Lock-in effect on the site.

Now here comes a harsh truth: everything introduces this lock-in effect, but (luckily?) there are different degrees of affectation. For example, if you use the Yoast SEO plugin, something that a lot of people do (including us), you have lock-in effect. This plugin stores SEO information in both the wp_postmeta table with private metadata starting with the _yoast_wpseo key, and in a couple of additional tables called wp_yoast_seo_links and wp_yoast_seo_meta.

If you use a different SEO plugin and you’re lucky, it may have a function to import the data from Yoast and know how to interpret it so that everything can be moved from one plugin to the other. But if that’s no the case, you’ll “lose” the information you created—Google will miss all the meta data you did set, which is never something good, but at least your website will still be functional. So the lock-in effect in this case has “little” impact.

On the other hand, if you use a visual page builder, such as the Visual Composer, the impact of its lock-in effect is extreme; the contents of the website stop working when you turn it off!

What Is the Cure for the Lock-in Effect in WordPress?

The cure for the lock-in effect is to stay as far away as possible from themes and plugins that break your website when deactivated. If this happens with your theme or plugin, you’ve done it wrong and you’ll have to look for an alternative option that respects your content and doesn’t transform it or put shit in it, either in the form of shortcodes, or by using additional tables in addition to the standard WordPress ones.

Think carefully about your theme. Think about it and try it out in advance. If you don’t and you trust that everything will be all right, your future self will have trouble when you want to switch to a different one. And the same goes for plugins. Study the impact of its use and what happens when it’s replaced by an alternative.

And What About Gutenberg?

What will happen to the lock-in effect with the arrival of Gutenberg in our WordPress? Well, I think there are two possibilities here….

Gutenberg is the new visual content editor for WordPress and it looks a lot like the visual page builders (like Visual Composer) that have been so criticized before. But its appearance can bring balance to the force. Basically because it defines a way to store information in a standard way for this type of editors.

Specifically, you may like it more or less, but in Gutenberg the contents are stored wrapped with HTML comments that include the metadata for its visualization. This way, if all the existing page builders we have so far are compatible with the Gutenberg way of working, we may avoid content lock-in, although we will still have lock-in of visual design.

But there’s yet another possibility—since Gutenberg adds the concept of block as the minimum unit of operation, thousands of themes and plugins may add their own custom blocks and, in the end, the lock-in effect will still be there, because we won’t be able to remove those plugins without “breaking” those blocks.

So, even though I don’t have a crystal ball to clearly forecast how all this is going to end, I’m sure that, at the very least, a fairly entertaining period is expected for WordPress developers. Everything that we know will evolve with Gutenberg and we’ll have to pay attention to it.

Yes, the lock-in effect is an important and complicated problem to solve. And the worst part is that it’s very hard to avoid—you’ll always have some lock-in on your website. In fact, if you use WordPress and later want to migrate to a different content management system, WordPress itself is the one that adds this lock-in effect. See? It’s impossible to avoid. But let’s be positive: you can always try to reduce it to a minimum that practically doesn’t affect your content.

If you take care of it, everything will be all right ?.