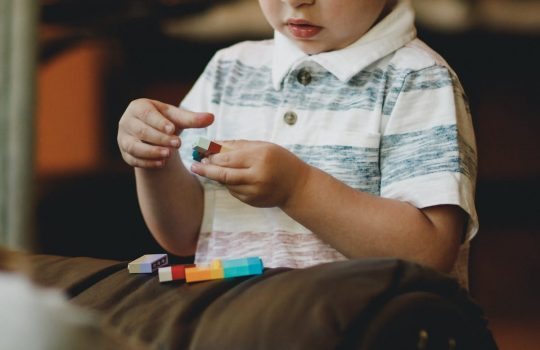 How to Create Your First Block For Gutenberg

Neither the constant growth in the amount of websites that choose WordPress nor its dominant position in the market have made the WordPress development community relax. WordPress is going to change a lot in a very short time. And the biggest change in WordPress is called Gutenberg.

In this article I’m going to talk about Gutenberg and I’m going to show you how to get involved in its development by creating your first block, a concept that you will certainly have to master if you plan to continue earning a living with WordPress for years to come. Let’s get started!

Gutenberg is the new content editor for WordPress. But it’s much more than that. Gutenberg will change the way users and developers work with WordPress.

So far you’ve used WordPress‘ editor as if it were a Microsoft Word document. Well, this is about to change as the concept of block appears on the scene. Now your WordPress content will be composed of blocks—you’ll have blocks for paragraphs, images, headers, quotes, and more. In addition, the developer community will go crazy by creating plugins that add new custom blocks.

If you want a first glimpse of Gutenberg’s look, don’t miss the following video where Matías Ventura, the lead developer of Gutenberg, demoed its main features during the past WordCamp US 2017:

Also, keep in mind that Gutenberg won’t only be the editor in WordPress—in future development iterations, the block concept will replace other familiar concepts in WordPress such as widgets and menus. Soon WordPress will be all blocks. And that’s why I’m interested in teaching you how to create a basic block today.

It’s said that Gutenberg will be ready to be included in WordPress version 5.0 by April 2018. But I think we’re gonna have to wait a little longer until Gutenberg ends up inside WordPress.

Right now if you want to try Gutenberg you will have to install a plugin. But be careful, I don’t recommend you to do it in your production WordPress installation, since it’s still under development and you can break things. Try it in a test installation instead.

Just install the Gutenberg plugin, activate it, and go to edit a post or page. By the way, I’d love to hear your opinion after testing it, as there’s been a lot of controversy with all this ?

Now that you know what Gutenberg is, let’s get our hands dirty and code some stuff, shall we? To do this, we are going to create a new block for Gutenberg that allows us to add a customer testimonial on our website. The testimonial will include a photo of the person, his or her name and position, as well as the text of the testimonial itself. The final result we want will look like this:

Creation of The Plugin and Its File Structure

First of all we will create a plugin for WordPress that includes the necessary files to have a new block in Gutenberg. To do this, create a structure of files and folders like the following:

Here’s what you should know about these files:

You’ll find all the code of the testimonial block in GitHub.

Once you’ve created the files and the structure of the plugin‘s working, you simply need to enqueue both the CSS and JavaScript files required by Gutenberg. Just tweak block/testomonial/index.php so that it looks as follows (see it in GitHub):

Note that we basically use two hooks: enqueue_block_editor_assets and enqueue_block_assets. The first hook is for including the files we use within the Gutenberg editor: block.js and editor.css. It’s also worth noting that block.js file has some dependencies (wp-blocks, wp-i18n, and wp-element), which are necessary if you want to create a block like ours and internationalize it. The second hook simply enqueues the frontend styles: style.css.

Now let’s take a closer look at block.js (link to the file in GitHub). First of all, we have to register the new testimonial block, which can be easily done by using Gutenberg’s registerBlockType method:

That’s a lot of code, isn’t it? But don’t panic, I”m gonna explain it step by step. First we name the block using a unique, internal identifier. In our case, this name is 'nelio/testimonial-block'. Then, we simply pass an object with all the relevant properties of the block. For instance, there’s a title (line 10), an icon (line 13), a block category (line 16), and some extra attributes (lines 19 to 47). Easy, right? ?

Attributes are the characteristics that the block will contain. In our case, the testimonial block will have the following:

One important thing to keep in mind is the following: any attribute that has an HTML element associated with it needs a unique selector, or Gutenberg will give you an error when opening the content. Thus, if for example we have several attributes that are associated with <p> tags inside the block, we must have a different selector for each one (you can do it with different CSS class names).

Finally we have the editing and saving functions of the block. Let’s take a closer look at them both!

This is where the good stuff starts. The edit method allows you to get the block ready for editing within Gutenberg. Basically, this method returns a React component formed by all the components that we want to appear in the editor. It looks like this:

It looks very complicated, but trust me, it isn’t—they’re only a bunch of React components. Essentially, we create the HTML structure by nesting elements with the function el(). For example, if you look at lines 79 to 91, you will see that we define the <p> tag containing the position of the person making the testimonial. We define the class of the element (nelio-testimonial-position), a placeholder to show (Position, which is translatable), the value of the element (which we take from the previously-defined block attributes), and the onChange and onFocus functions (to update the value of the attribute and control its focus). This pattern repeats over and over again.

There are, however, some additional peculiarities. For instance, there’s a button to open the image selector of the media library on lines 37 to 47. This uses blocks.MediaUpload, a reusable component of Gutenberg himself. In lines 22 to 30 we also reuse another another reusable component: the bar where you can change the alignment of the text.

The save method is in charge of taking the information of the block and preparing it to save it in the database. It’s a lot easier than the edit method and looks like the following:

If we do nothing else, the result in the editor is not very pretty (but, hey, it works!):

which looks as follows when we add some real data:

And if we publish the post, this is what our visitors see:

To improve the way this block  looks and make it more user friendly we need to add some styles. Remember those files we enqueued at the beginning? Exactly, we’re talking about the editor.css and style.css files! Well, it’s time to tweak them so that things look beautiful.

After a few minutes (you can view the final result of both files in GitHub), the block in Gutenberg finally looks like this:

and this is how it looks in the frontend:

Creating a new block in Gutenberg can be complicated, but it’s easier than expected if you go step by step. Once you’ve encoded the basic stuff, you only need to work with three files, basically.

The first is a JavaScript file where you define the block itself, its attributes, and the save and edit methods. This is the most complicated part. In our example we have used basic JavaScript, but it’s easier if we use JSX syntax to define React components. If you want me to, we can refactor the testimonial block using JSX in a future post. ? Let me know in the comments section!

The other two important files are those that define the styles of both the editor and the frontend: editor.css and style.css. You have already seen that a little bit of CSS can give a radical change to the final result. I encourage you to test the code and improve it.

Before I finish, let me leave you with a list of interesting resources in case you want to learn more about Gutenberg. Remember that Gutenberg will arrive soon, and we should be ready for it!

17 responses to “How to Create Your First Block For Gutenberg”