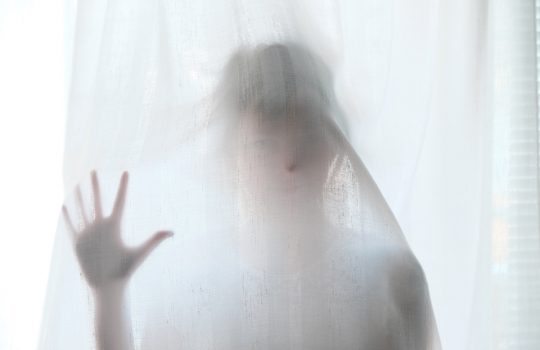 Everybody Lies—What Online Searches Reveal About Us

A student’s grandmother is far more likely to die suddenly just before the student takes an exam, than at any other time of year. Mike Adams (source: The Dead Grandmother/Exam Syndrome).

I hope that, if ever become a grandma, I’ll be fortunate enough to have the exams eliminated from the learning assessment system.

The Book “Everybody Lies”

Today I would like to share my first thoughts on my recent reading of Seth Stephens-Davidowitz, Everybody Lies: Big Data, New Data, and What the Internet Reveals About Who We Really Are.

And I said “first thoughts” because this book deserves many re-readings and later reflections. I highly recommend the book to anyone who likes analytics and human nature. It’s a book full of many truths. Including some of thosethat hurt.

The author, Seth Stephens-Davidowitz, received his BA in Philosophy, Phi Beta Kappa, from Stanford, and his PhD in Economics from Harvard. He worked as a data scientist at Google and is currently a contributing op-ed writer for he New York Times. And last year, after five years of research with large volumes of data, he published this book where he maintains the idea that we lie about our hidden thoughts, our desires, and basically any other subject you can think of.

Not only do some students lie about their grandma’s death. As Seth says, we lie about how many drinks we had overnight, how often we go to the gym, play sports, or have sex. About what a new pair of shoes or pants cost us. We say that we will keep in touch when we don’t, or that it’s not about you when it is, or that I love you when it’s not true. We say we’re happy when we are on the verge of depression, or attracted to people of the opposite sex when we prefer our own. We lie to friends, bosses, children, parents, doctors, our partners… and ourselves.

However, when we are more transparent and tell the truth is when we’re alone with our computer and interact with search engines. In those moments we feel comfortable and look for what really we want and think.

In other words, people’s search for information is, in itself, information. When and where they search for facts, quotes, jokes, places, persons, things, or help, it turns out, can tell us a lot more about what they really think, really desire, really fear, and really do than anyone might have guessed. This is especially true since people sometimes don’t so much query Google as confide in it: “I hate my boss.” “I am drunk.” “My dad hit me.”

It’s sad but we all sense that it’s much easier for a child to tell Google “my dad hit me” than to tell anyone else around them. The author researches racism, self-induced abortion, depression, child abuse, mafias, humor, sexual preferences and insecurities, politics and sports, among many other topics.

For example, he tries to answer questions like how:

And then in the book, he goes on to explain the different types of analysis carried out. Some of the results obtained are really surprising, some are amusing, some are touching, and some are downright depressing. And what is most surprising about the book is Seth’s ability to formulate the questions in a very different way from what we are usually used to, as he adds a sense of humor to the whole book that gets you hooked on reading right from the start.

I share below some of the excerpts that I have highlighted from the book because they caught my attention, made me think, or made me laugh.

We tend to exaggerate the relevance of our own experience.

In any analysis, we tend to give much more weight to any point related to ourselves or our experience and ignore other aspects that may also be relevant. We already knew that we are self-centered, but keep this in mind when analyzing any situation.

He made me laugh at the analogy he uses to highlight the importance of never stopping looking for and analyzing more and more information in the data and never believing that you already have them all:

One theory I am working on: Big Data just confirms everything the late Leonard Cohen ever said. For example, Leonard Cohen once gave his nephew the following advice for wooing women: “Listen well. Then listen some more. And when you think you are done listening, listen some more.” That seems to be roughly similar to what these scientists found.

A surprising piece of information from certain searches that hardly anyone would confess in public:

Adults with children are 3.6 times more likely to tell Google they regret their decision than are adults without children.

There is an entire chapter devoted to the truth about sex. And among the many curiosities that he comments, I was struck by the doubts women have about their husbands when they make searches starting with “Is my husband…”.

(How Google is expected to know whether a child is beautiful or ugly is hard to say.)

He also discusses the concerns of pregnant women and what they can do during pregnancy. The most popular searches in the United States are whether they can “eat shrimp,” “drink wine,” “drink coffee,” or “drink Tylenol.” But by conducting the same study in other countries, the searches are different. And, guess what are two of the top five concerns that a pregnant woman in our country, Spain, has but not the women of other countries? If she can “eat jamón” and “sunbathe” ?.

There’s plenty of anecdotes and curiosities such as these in the book and make it very amusing.

But there are also some particularly hard truths. Part of the book is dedicated to thinking about just how far we can endure the truth.

Digital truth serum has revealed an abiding interest in judging people based on their looks; the continued existence of millions of closeted gay men; a meaningful percentage of women fantasizing about rape; widespread animus against African-Americans; a hidden child abuse and self-induced abortion crisis; and an outbreak of violent Islamophobic rage that only got worse when the president appealed for tolerance. Not exactly cheery stuff.

Seth suggests that instead of depressing us, all this information should serve to better understand the complexity of human nature and at the same time be able to improve the current situation. For example, searches showed that Obama’s speech after the San Bernardino attacks worsened Islamophobia. This information has served to confirm that when we teach lessons to outraged people, their anger can grow. But instead, as discussed after a second speech, subtly provoking people’s curiosity, giving new information and offering new images of those who provoke their anger can change the thoughts of the offended ones in different and more positive directions.

One part of the book is devoted to the importance of customer analysis within the professional context. On the one hand, he points out that one of the best ways to do so is by performing A/B tests, and that’s why Google or Facebook carry out thousands of experiments during a year.

For instance, he shows the example of how Obama used A/B testing in his campaign. The first version on his home page was the one shown below:

His campaign team decided to experiment with the video image of the page and the call-to-action button text to support his campaign.

Seth points out in this chapter that:

A fundamental reason for A/B testing’s importance is that people are unpredictable. Our intuition often fails to predict how they will respond.

Our intuition is not enough to predict how people will respond. And for this reason, the best way to understand people’s behavior is by performing A/B tests. He quotes Clark Benson, the CEO of ranker.com: “At the end of the day, you can’t assume anything. Test literally everything.” And here I add my contribution with our experience in Nelio: every time we tried to analyze the A/B tests that our customers perform with Nelio A/B Testing, the only general truth we could find was: the more tests you perform, the better.

Seth says the A/B tests help us fill in some gaps in our understanding of human nature. And their usefulness is not only useful for testing a website. It’s also applicable to many other environments. Specifically, he explains an experiment by Benjamin F. Jones to analyze the impact on learning lessons in schools. The result, and here I’m not going to make a spoiler, it’s not the one you’d expect.

I also found it comforting to read that in many situations it’s very complex to measure the causality between any marketing campaign and its impact on sales. There’s plenty of articles commenting on the importance of clearly defining your marketing goals, measure your campaigns, and finally compare the two. The problem? I think this is more difficult than it seems…

For example, in LinkedIn I shared the image of the news published in the print edition La Vanguardia (a Spanish daily newspaper): Los reyes del WordPress.

My LinkedIn informed me that my publication had more than thirteen thousand visits and more than 100 likes. Now you might be wondering: Does this had an impact on our sales? Honestly, I have no idea. I mean, I can see that there was an increase in visits to our website coming from LinkedIn. But I can’t be sure whether just that publication or any other LinkedIn publication is the one that has caused a reader to become a customer.

One of the problems that companies have is that “the things we can often measure are not the things that interest us”. And in particular:

So, analyze as much as you can, but don’t get desperate when you find out there are a lot of things you won’t be able to know. But also keep Seth’s question in mind when deciding what to track:

Do corporations have the right to judge our fitness for their services based on abstract but statistically predictive criteria not directly related to those services?

This is illustrated by the example of how a bank can determine in an interview whether to grant a loan based on answers to questions asked to other customers and their subsequent behavior. In particular, they found out that clients who said “I promise I will pay back, so help me God” were less likely to pay the loan back. Can a bank, if you say this or a similar sentence in the interview, not grant you a loan?

This book is an absolute gem and I could talk about the findings it contains for hours… What I liked the most about it is how it ends up showing you the most human side of us all. Even if it’s slightly darker than expected:

Yeah. I think I had a dark view of human nature to begin with, and I think now it’s gotten even darker. I think the degree to which people are self-absorbed is pretty shocking.

(Source: Everybody lies: how Google search reveals our darkest secrets)

Seth hopes the book might have the same effect on others than Levitt’s Freakonomics had on him when he was younger, which motivated him to pursue his doctorate by discovering that:

a combination of curiosity, creativity, and data could dramatically improve our understanding of the world. There were stories hidden in data that were ready to be told and this has been proven right over and over again.

Seth Stephens-Davidowitz‘s book will make you become passionate about the data analysis business. It’s a book that won’t leave you indifferent. And, for that, I have to congratulate him.