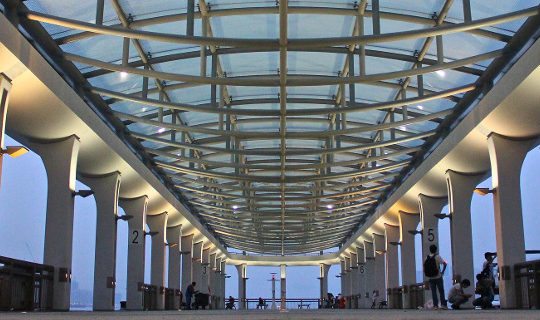 Two years ago, three colleagues and I decided to create Nelio Software, a company focused on offering WordPress-centered services. The only thing that we had back then was a business idea and, for some reason, the goal of implementing that idea on top of WordPress. Surprisingly, though, we had little to no experience in WordPress! So, if we wanted to build a business on top of WordPress, we sure as hell needed to learn how to properly code WordPress plugins! We read a lot of books, online articles, and tutorials on the subject, and we read and wrote a lot of code. We used to be green and naive, but we were passionate. Two years later not only are we still passionate about what we do, but we’re also WordPress experts eager to help others reach success faster.

In this post I’d like to share my experience in writing WordPress plugins, as well as to point out some tips and tricks I wish someone had told me before. Shall we start?

Creating a WordPress Plugin is extremely easy. In essence, you only need to create one folder (for example, nelio-nice-title) in wp-content/plugins/ and add one file within that folder (nelio-nice-title.php) with the following content:

After that, if you go to your WordPress Dashboard » Plugins, you’ll see the plugin we just created in the list of available plugins. Activate the plugin, go to your blog, and… voilà! All your post titles now tell your visitors how cool they are!

So, you’ve already created your first plugin, even if you don’t fully understand what you’ve just done. Don’t worry about it, we’ll get there shortly. For now, just remember the following: WordPress offers different APIs for extending its core functionality. Each API is no more than a set of functions involved in and used of a certain functionality. Examples of these APIs are:

As detailed in the Codex, “Hooks are provided by WordPress to allow your plugin to ‘hook into’ the rest of WordPress; that is, to call functions in your plugin at specific times, and thereby set your plugin in motion”. There are two types of hooks:

In the previous example, we’ve defined one filter that modifies the titles of our posts. The filter event (the_title) is triggered each time a post’s title is about to be printed in the screen. When that occurs, the function we linked to that event (nelio_change_title) is executed and appends the string “You’re cool!” to the title.

Let’s write a slightly more complex example, where we use both actions and filters, and where we modify both the WordPress Dashboard and the front-end. In particular, we want to create a plugin that adds a new meta box in the post editor, where we can modify the text that has to be appended to a post’s title. This is what we want:

First of all, we need to add the meta box. If we take a look at the Codex, we’ll see that there’s a function called add_meta_box. According to the documentation, this function has to be called from the add_meta_boxes action, so let’s do it:

The third parameter of add_meta_box is the name of a new function that will print the content of the meta box. If the function is empty (see line 12), so is the meta box:

then the meta box is populated:

The meta box we just created allows the users of our plugin to specify the text that will be shown along with their posts’ titles. In order to do that, however, we need to save the value of the field:

As you can see, saving said value is quite easy! We simply need to hook into the save_post action, recover the value from the $_REQUEST array, and save it as a post meta using the update_post_meta function.

Using the value in the front-end and in the Dashboard

Right after you saved the post, the meta box field will be empty again. That’s weird, because just a few moments ago you specified a value, but it’s completely normal. Each time you print the field, you print an “empty” field:

See? The field does not include any value… Before printing the field, you need to recover its value from the database and include it in the HTML:

Finally, if you want to use that text in the front end, you have to follow a similar approach. In this particular case, we need to modify nelio_change_title as follows:

As you can see, we simply recover the value of the meta field from the database and, if it’s not empty, we append it to the post’s title.

The Importance of a Strong Foundation—The Plugin Boilerplate

Let’s take a quick look at the plugin we just wrote. It’s an extremely simple plugin and, yet, it’s quite a mess already! The plugin consists of one file only and its content is, as I said, messy:

As you can imagine, this will be far from maintainable once the plugin integrates more functionalities. We need to organize the code somehow, and make sure that we stick to that organization.

A few months ago, I stumbled upon The WordPress Plugin Boilerplate. This plugin is “a standardized, organized, object-oriented foundation for building high-quality WordPress plugins“. The project was originally started by Tom McFarlin and it’s now maintained by Devin Vinson, even though a lot of people has contributed to the project somehow.

I really, really like how all the pieces fall together when using the WordPress Plugin Boilerplate. In fact, I like it so much that I’m currently rewriting Nelio A/B Testing from scratch with it!

Let’s see how we could rewrite the previous plugin using the WordPress Plugin Boilerplate. In order to do that, download the plugin and replace/rename the following strings (and files):

Once you’re done, you’ll have the foundation for your new plugin (you can download it from here). Now it’s time to move the contents in the appropriate places.

First of all, move the function nelio_change_title to the class Nelio_Nice_Title_Public, name it to change_title (there’s no need for using the prefix anymore):

and add the hook in Nelio_Nice_Title::define_public_hooks:

Then, you have to create a new file in the admin/ directory named class-nice-title-meta-box.php with the following content:

Note that the method display loads a template from admin/partials/. Create a file named nice-title-meta-box.templ.php with the following content there:

Finally, add the admin hooks in Nelio_Nice_Title::define_public_hooks so that the functions defined in class-nice-title-meta-box.php can be executed when required.

As you can see, all the code is now properly organized. The front-end code and the admin code are no longer mixed, and we’ve split the meta box in two different files: one for managing all the logic (that is, retrieving the appropriate value, displaying the meta boxes content, and saving the new value) and another with the HTML contents of the meta box. If you’ve applied all the changes properly, you’ll have a project that looks like this one.

Finally, you simply need to get rid of all the files that your plugin does not need, so that the plugin is “as small as possible”. In real projects you’ll probably need almost all files included in the Boilerplate, but it’s worth taking a look at unnecessary files and removing them. For instance, in our example the plugin is so simple that the vast majority of files are unnecessary: internationalization files, activation and deactivation hooks and files, JavaScript and CSS files…

As you can see, there’s a lot of things involved in plugin creation. But if you try to apply the following tips (which I had to learn the hard way), and as long as you’re familiar with the WordPress API and you base your work on a solid foundation, your work will be great!

What do you prefer? This:

Simple stuff like spacing, indentation, or proper name variables can have a huge impact on the final quality (and maintainability) of your work. WordPress has excellent coding standards for PHP, HTML, JavaScript, and CSS files. Make sure you’re familiar with them before coding anything.

Tip #2. Be Organized and Clever

The Plugin Boilerplate I introduced above is a great example of how you should do things. Just apply the following rules and you should be good:

Making my plugins secure was not the first thing I used to consider, but it’s crucial! Security can be guaranteed (up to a certain level) by following these three rules:

Our projects are driven by code, not comments. Therefore, it’s much faster to only focus on writing clear code and completely forgetting about comments. I’ve been there—I’ve written a lot of code without comments. And it worked. So why should you comment your code? I mean, if you’re writing clean and understandable code, are comments really necessary?

In my opinion, comments capture the developer’s (i.e. our) intention. When you’re writing code, you’re trying to solve a problem. Describing the problem and how you’re trying to solve it is the nature of commenting. The classes you create are supposed to solve smaller parts of a given problem, and each method in those classes contributes somehow to the final solution. Comments don’t necessarily tell you what the commented code does, but what the the developer was trying to solve and what concrete solution he envisioned. If my code is properly commented, I can look at it at any time and I’ll be able to understand why things are the way they are, why they exist, and puts me back in context. And that’s pretty awesome, isn’t it?

When writing comments, try to express your intent. Move away from these comments:

Tip #5. Create and Add Your Own Hooks

In this post we’ve seen how you can use WordPress filters and actions. But did you know you can define your own filters and actions? In other words, you can allow third-party plugins to extend your own plugin by simply defining some extension points at certain locations in your code (for example, when the plugin is about to be activated or when you’re about to modify something in the front-end). If you use this mechanism, you’ll be able to add new functionalities to your plugin easily, either by adding new code in the plugin itself and hooking in the appropriate areas, or by implementing new plugins that extend the original one.

I hoped you enjoyed this entry! Now, it’s time you apply all these tips and tricks 😀 And, of course, if you have any of your own, please share!

6 responses to “Create Better Plugins with the Plugin Boilerplate”