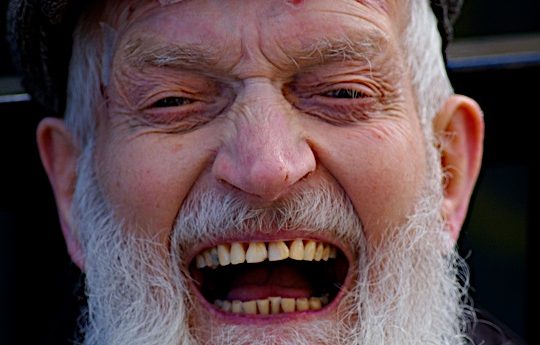 As a professional of split testing, conversion optimization, and related challenges, I enjoy every aspect of it, including a little bit of A/B testing humor from time to time. In this post, I write about the best testing jokes I’ve collected over the years (still, there are surprisingly few, maybe due to the 1st rule of A/B testing :-), so please if you know other good ones let me know!).

Here we go with the funniest A/B testing jokes and cartoons (in no particular order). Note that some of them are called A/B testing jokes even when, strictly speaking, they are not really examples of split tests. We’ll overlook this in exchange of a little bit of fun.

A photo of a homeless man conducting a clever exercise in behavioral economics disguised as an inquiry into the levels of spontaneous generosity as determined by religious creed or lack thereof. Seen here.

but it can also be a great pickup line (haven’t tried myself, no guarantee it will work!)

Brogrammer pick up line: Hey girl, I don’t need A/B testing to know you’re the one.

and once you have kids, well then your life is a non-stop A/B testing.

Children are the real A/B testing professionals. Always tuning their approach variants to get everything they need out of your pockets

For sure, though, the most annoyind kind of split testing is the one that affects the relationship with your mother

But there’s no doubt that the first ones to make fun of A/B testing are ourselves. For instance, Dilbert has a few cartoons on A/B testing (showing only one of them, search for more in its website).

And same for the marketoonist, in this case showing one of the stupid ways to increase your conversion rates.

Every time I make an A/B testing joke, I feel the urge to make a second joke with slightly different wording to see which is funnier.

so don’t be surprised if you come back later to this post and you find a different set of jokes in it!