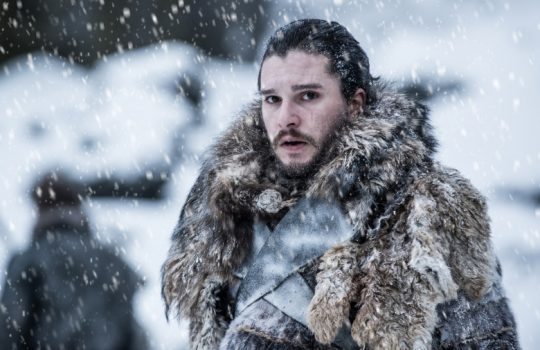 We’ve been working on this venture for almost four years now, but it took us no time to realize that we were entering a very complex world. In fact, from our point of view, the complexity of undertaking is worthy of comparison to the Game of Thrones series! This is where the inspiration for this post comes from.?‍

Below you have a compilation of some of the best phrases heard in GoT, perfectly applicable to business ventures. As you’ll see, I haven’t selected the phrases that best represent the personality of each character, but rather those that I think can be useful when it comes to undertaking ?. A word of caution: this post contains spoilers, so if you’re not up to date with the series, maybe you should read it a little later.

You’ve been warned, now let’s get down to business!

Syrio Forel? Who is he again? There are so many characters that maybe you don’t remember Syrio anymore. He’s Arya’s fencing master and, as a good master, some of his words are a perfect fit for a startup:

#1 “You are troubled… Good. Trouble is the perfect time for training.”

It’s been proven: we learn the most when we fail or experience difficulties. Consider each obstacle as an opportunity to learn.

Ned, Lord of Winterfell, and one of the noblest characters in the series. Too bad his nobility and honesty end up costing him his life… What advice does Ned leave us with?

This is a key phrase of the first season that we’ll never forget, right? And that’s the reality of any startup.

From the very beginning, you have to assume that no matter what the figures show in your business plan, the reality you’ll face will always be more complicated than you anticipated: product development will be slower, there will be technical setbacks, your sales will be lower than expected, there will be unexpected changes in the market, you’ll have cash flow constraints, problems with your investors, your partners, or your employees, etc. Following Ned’s recommendation, the better prepared you are for what’s ahead, the better.

Ygritte is part of the group of savages that lives beyond the wall and she’s Jon Snow’s first love. Unfortunately, her life ends with one of Olly’s arrows and with it, the intense love story between this savage and the one we thought was a bastard of Winterfell.

Great phrase that anyone could have told us all when we created our (first) startup. You can be very good at a lot of things, but not in everything that involves creating a startup. You learn with experience, but don’t forget to get training and surround yourself with people that can help you in this learning process.

#4 “Don’t ever betray me. Because I’ll cut your pretty cock right off, and wear it around my neck.”

Leaving aside the delicacy of these words, Ygritte makes it clear how important trust is. It is very hard to earn the trust of your team and even harder to earn that of your customers. Betray them once, and your days are numbered.

Littlefinger is skilled in finance and commerce and an expert in palatial intrigues, whose ingenuity is only comparable to his ambition. I’d say that’s an entrepreneur, isn’t it? Too bad he has a dark side that I don’t like at all….

#5 “Chaos isn’t a pit. Chaos is a ladder. Many who try to climb it fail and never get to try again. The fall breaks them. And some are given a chance to climb, they refuse, they cling to the realm, or the gods, or love. Illusions. Only the ladder is real. The climb is all there is.”

What a fine speech! If there’s something I believe to be implicit in a startup is that the reality changes much faster than you expect. More than once you’ll get the feeling you need a little more organization.

#6 “What we don’t know is what usually gets us killed.”

#7 “Which is more dangerous, the dagger brandished by an enemy, or the hidden one pressed to your back by someone you never even see?”

Another fantastic way to stress the importance of getting as much information as possible. Look for it, make hypotheses and test it, because only the decisions you make based on proven facts will be the right ones. One of the worst dangers in any business is the lack of information.

Jon Snow has always been seen as Ned’s bastard son, although his true identity was revealed in the past season: he’s Aegon Targaryen! What I like the most about this character is his resemblance to his “father”, Ned Stark—honesty and integrity characterize him, and we can learn valuable lessons from him:

#8 “My father told me big men fall just as quick as little ones.”

What a great truth! We’ve seen both small and large companies equally fall. Being big doesn’t mean that your success is guaranteed. With a small business, growth can be more difficult, but you also have fewer costs and higher flexibility. So, instead of betting on growth, perhaps it’s better to bet on profitability, don’t you think?

#9 “I’m not going to swear an oath I can’t uphold. When enough people make false promises, words stop meaning anything. Then there are no more answers, only better and better lies.”

Jon gives this speech to Cersei when him and Daenerys ask her for an alliance to fight the White Walkers. Jon is incapable of lying, and I say incapable because that is precisely what he’s criticized for. Since the goal is to get Cersei to ally with them, perhaps it makes sense to tell Cersei what she wants to hear. But honesty is what allows you to sleep in peace. Deal decisively and sincerely with difficult situations and avoid later regrets.

Continuing with this family, now it’s Sansa’s turn, who proved what she is capable of in the last season:

#10 “I’m a slow learner, it’s true. But I learn. Thank you for all your many lessons, Lord Baelish. I will never forget them.”

That’s how Sansa says goodbye to Littlefinger before her little sister cuts his throat. For me, the lesson is clear: try to learn as much as possible from everything around you. Your customers, your competitors, your friends… learning their lessons properly and applying them to your company is the only way to achieve success.

#11 “When the snow falls and the white winds blow, the lone wolf dies, but the pack survives.”

Do you remember the conversation between the two sisters at the top of the wall? The team is everything in a startup. You’ll experience difficulties and problems, but if you have a strongly cohesive team it’ll be much easier to overcome them all.

And, of course, Arya—I couldn’t miss Arya! You want this one on your team no matter what. No one can sink her.

#12 “A bruise is a lesson… and each lesson makes us better.”

When something goes wrong, you know you shouldn’t do it again. Lesson learned. But not only that, never stop reflecting on where you went wrong and thinking about how you could have done better—it’s the best method of learning.

#13 “Leave one wolf alive, and the sheep are never safe.”

When you have a problem that’s hard to fix, take the bull by the horns. The longer you postpone its solution, the more likely it is that the problem will get bigger.

What phrases did we love from Tyrion?

This is what Tyrion says to Lord Varys after visiting the dragon in the cell. Make sure that those around you are confident enough to tell you when you’re wrong. This way, I’m sure you’ll make much better decisions.

#15 “A mind needs books like a sword needs a whetstone, if it’s to keep its edge. This is why I read so much.”

I think there’s no need to comment on anything else—never stop reading and training.

#16 “I trust the eyes of an honest man more than I trust what everybody knows.”

Some people aren’t adept at words, but there are also many people who love to show off in the world of startups. Don’t be fooled by the appearances. Trust the ones who are honest about their work.

#17 “Everything’s better with some wine in the belly.”

Creating and managing a startup shouldn’t be a sacrifice. You should enjoy the project and never lose your smile. And yes, as Tyrion says, most of us are happier with a glass of good red wine ☺.

Varys is a specialist in rumors and secrets, and knowing how to profit from them. He collects information from his “little birds”. He values order and stability, and his loyalty extends only as far as it suits him. In short, Varys is an advisor you can’t really trust if you have him by your side… but he has given us some great advice nonetheless:

#18 “Given the circumstances, my lord, I believe extreme measures are warranted.“

You can’t always be nice to everyone, and you can’t do everything right. We must assess the risks involved in each situation and know how to take the measures that work best for our company. Even though sometimes it may involve extreme decisions.

#19 “Power resides where men believe it resides. It’s a trick. A shadow on the wall. And a very small man can cast a very large shadow.”

This quote is from one of the best dialogues in the series, between Lord Varys and Tyrion. In it, they discuss who has more power: a king, a priest, or a rich man. If there was a man with a sword among them, which of them would not be killed? The idea behind it is that power is an abstract concept—a godly man will tell you the priest would be saved; a vassal, the king; and a poor man, the rich man. Well, this truth is perfectly applicable to the business world. Someone who is “popular” in one environment doesn’t necessarily have to be in another—you have to be careful not to let your head get too big with the constant back-patting from those around you. Remember, power is a trap.

There are many more epic quotes from these and other characters, but I’d never finish if I tried to go through them all. However, here I leave you a few more that I hope will inspire you:

#21 Cersei Lannister: “A good king knows when to save his strength and when to destroy his enemies.”

#22 Tyrion Lannister: “Never forget what you are. The rest of the world will not. Wear it like armour, and it can never be used to hurt you.”

#24 Davos Seaworth: “If we don’t put aside our enmities and band together, we will die. And then it doesn’t matter whose skeleton sits on the Iron Throne.”

#25 Lyanna Mormont: “I may be small. I may be a girl, but I won’t be knitting by the fire while I have men fight for me.”

#26 Lyanna Mormont: “We’re not a large house, but we are a proud one. And every man from Bear Island fights with the strength of 10 mainlanders.”

#27 Sandor Clegane, The Hound: “You think you’re fooling anyone with that top knot?”

And here’s our list of quotes to shorten the waiting time until next season. What’s your favorite quote?